Tidbits from the latest episode of “Wicked Tuna”During the second season of “Wicked Tuna: Outer Banks” the Sentinel’s “Tuna Bites” feature will highlight some key moments of each episode. The show airs Sunday evenings at 9 p.m. on the National Geographic Channel.  Here are the highlights from episode No. 1 on July 19. 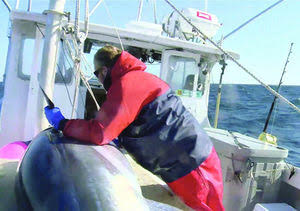 Best fish: Of the three boats that caught tuna in the debut episode, the clear winner was Reels of Fortune, captained by Charlie (“Griff”) Griffin. He caught a whopping 524-pound tuna valued at $8,384. Greg Mayer’s Fishin’ Frenzy reeled in a tuna valued at $3,432 while Hot Tuna captain TJ Ott brought in a fish worth $6,408. 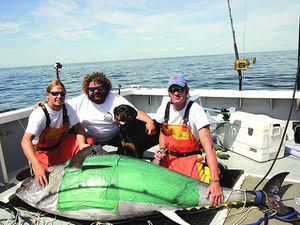 Best line: Captain Ott of Hot Tuna, man of considerable girth, was bragging about the size of the tuna he brought to the dock. When someone asked how he knew it was a “400 pounder,” Ott replied without batting an eyelash: “It’s bigger than me.” For the record, the fish weighed 356 pounds.